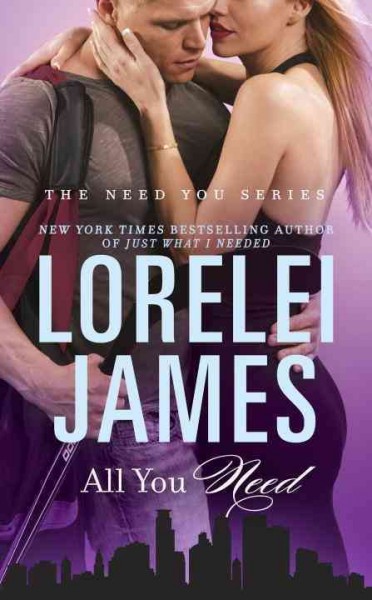 All You Need: The Need You Series, Book 3

Forced to pose as the loving girlfriend of a notorious womanizer, Swedish hockey player Axl Hammerquist, to revamp his image, PR agent Annika Lund, the more she gets to know the real Axl in and out of the bedroom, thinks he just might be her Mr. Right

A hockey romance burns up the ice in the third sexy Need You novel from the New York Times bestselling author of the Mastered Series and the Blacktop Cowboys® Series.

PR agent Annika Lund can spin any disaster into a win. But revamping the reputation of a notorious Swedish hockey player will take every trick in her arsenal, especially when his agent insists that convincing everyone he’s no longer a playboy is top priority. And that it requires a sham relationship—with Annika playing the part of loving girlfriend.

On fire in the rink and in the bedroom, Axl Hammerquist couldn’t care less about being anyone’s golden boy. So when his agent forces him to play nice with a new publicist, he takes satisfaction in being as much of a pain as possible. But the more time he spends getting to know Annika, the more Axl starts to think that being Mr. Nice Guy might be worth it if it gets him the girl…

Be the first to review “All You Need: The Need You Series, Book 3” Cancel reply