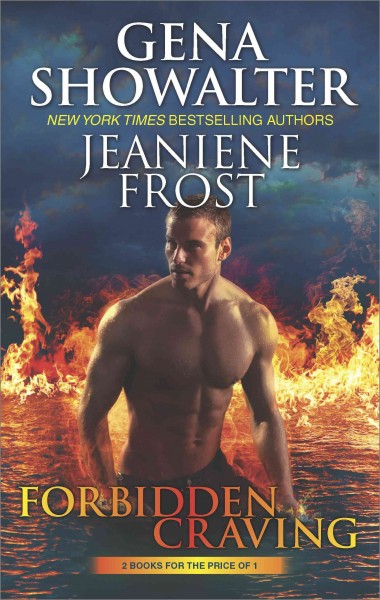 In “The nymph king,” nymph king Valerian fights to win human Shaye after taking her prisoner in his underwater kingdom, and in “The beautiful ashes,” Ivy teams up with the unreliable Adrian to rescue her sister from a demon realm.

Females young and old, beautiful and plain crave Valerian’s touch. None can resist his blatant sensuality and potent allure—until he steals Shaye Holling from a Florida beach and holds her prisoner in his underwater kingdom. Now Valerian must fight for the privilege of claiming her as his own. Because there’s one thing Shaye doesn’t know…when a nymph discovers his true mate, she’s his for life.

With her sister missing, Ivy discovers a startling truth—the disturbing, otherworldly hallucinations she’s always had are real, and her sister is trapped in a demon realm. The one person who can help her is the dangerously attractive rebel who’s bound by an ancient legacy to betray her. With destiny on one side and desire on the other, Adrian and Ivy must work together to save her sister. Yet he knows the truth about Ivy’s destiny, and sooner or later, it will be Ivy on one side, Adrian on the other and nothing but ashes in between…