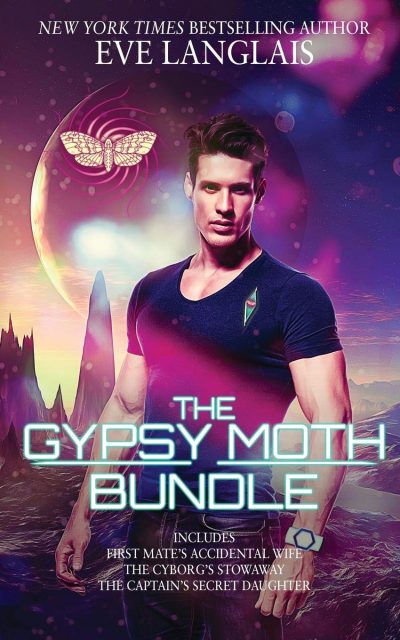 The Gypsy Moth: Omnibus of books 1-3

Includes previously released titles: First Mate’s Accidental Wife ~ It was supposed to be a simple mission. Rescue a woman. Collect a reward. Instead he ends up accidentally married. The Cyborg’s Stowaway ~ Craig ‘Crank’ Abrams has found a stowaway with the biggest damned eyes he’s ever seen—and a way of tugging at his broken heart. The Captain’s Secret Daughter ~ Captain Kobrah Jameson thought himself rid of the woman who betrayed him until the day she comes back—and she’s not alone.

Explore the universe in this bundled galactic adventure where the crew of the Gypsy Moth explore strange new worlds and fall in love along the way.
Includes previously released titles:

Be the first to review “The Gypsy Moth: Omnibus of books 1-3” Cancel reply